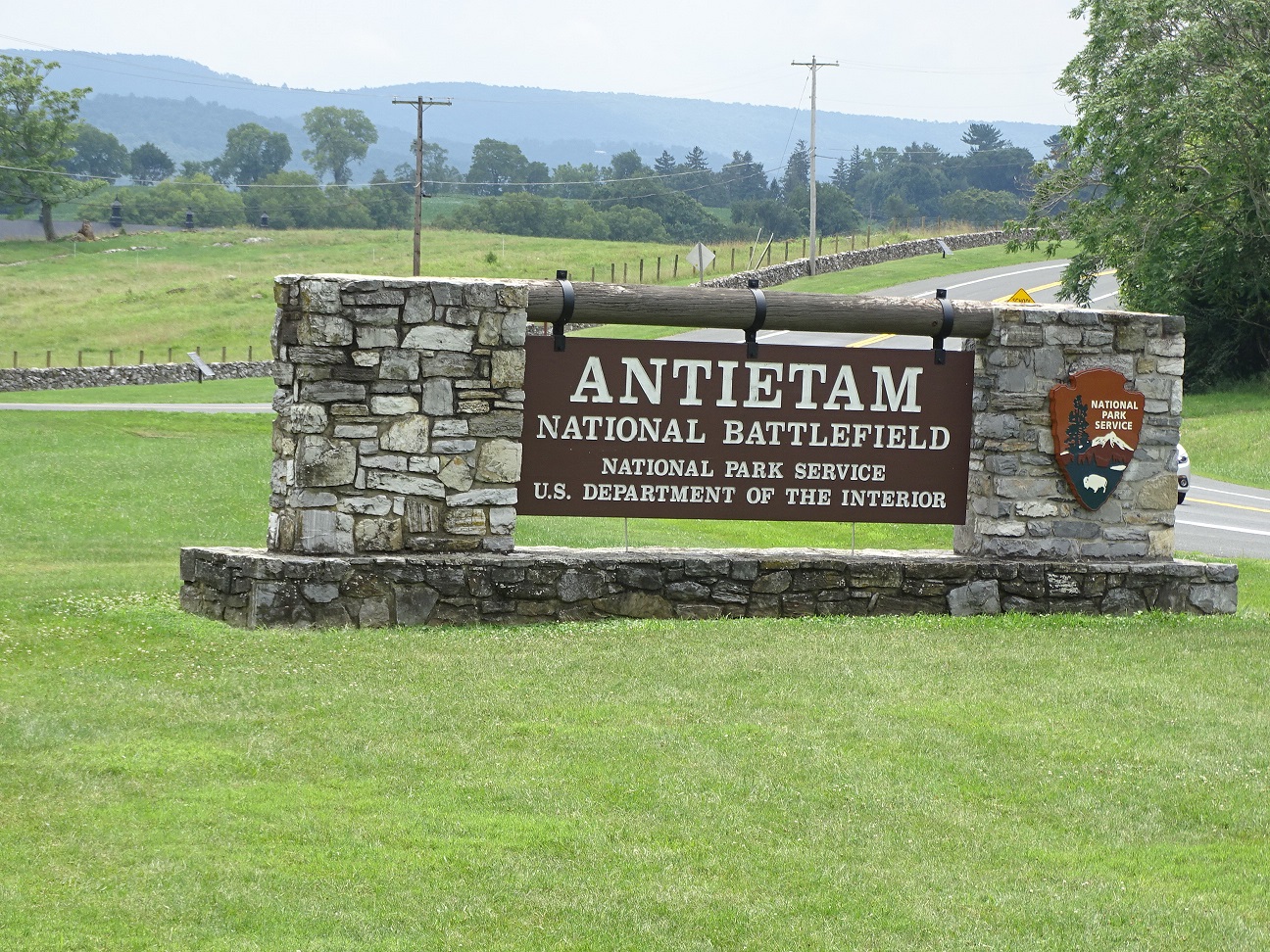 23,000 soldiers were killed, wounded or missing after twelve hours of savage combat on September 17, 1862.

In the Battle of Antietam, General Robert E. Lee's first invasion of the North ended on this battlefield in 1862. Established as Antietam National Battlefield Site August 30, 1890, the park was transferred from the War Department August 10, 1933, and re-designated November 10, 1978. Along with all historic areas administered by the National Park Service, the battlefield was listed on the National Register of Historic Places on October 15, 1966. Additional documentation on the site was recorded by the National Park Service on February 27, 2009

As the fighting in the cornfield was coming to a close, Maj. Gen. William H. French was moving his Federals forward to support Maj. Gen. John Sedgwick and veered into Confederate Maj. Gen. D.H. Hill's troops posted in the Sunken Road. Fierce fighting continued here for four hours before the Union troops finally took the road.

On the southeast side of town, Union Maj. Gen. Ambrose E. Burnside's XI Corps had been trying to cross Antietam Creek since mid-morning, being held up by only 500 Georgia sharpshooters. Around 1 p.m., they finally crossed Burnside's Bridge and took the heights. After a 2-hour lull to reform the Union lines, they advanced up the hill, driving the Confederates back towards Sharpsburg. But for the timely arrival of Maj. Gen. A.P. Hill's division from Harpers Ferry, Burnside would have entered Sharpsburg. Instead, the Union troops were driven back to the heights above the bridge.

The battle was over with the Union sitting on three sides, waiting for the next day. During the night of the 18th, General Lee pulled his troops back across the Potomac River, leaving the battle and the town to General McClellan.

Over the years, the sunken road called Bloody Lane has become known as one of the most eerie places on the battlefield. Strange things have taken place here which lead many to believe that events of the past are still being replayed today. Reports over the years tell of the sounds of phantom gunfire echoing along the sunken road and the smell of smoke and gunpowder which seems to come from nowhere. I spoke to a man who visited the battlefield a few years ago and he told me of seeing several men in Confederate uniforms walking down the old road. He assumed they were re-enactors, present at the park for some upcoming event until they abruptly vanished. And ghostly apparitions are not the only things experienced here.

Perhaps the most famous story of the sunken road involves a group of boys from the McDonna school in Baltimore. They toured the battlefield and ended the day at Bloody Lane. The boys were allowed to wander about and think about what they had learned that day. They were asked to record their impressions for a history assignment and some wrote brief remarks and poems. But the comments that got the most attention from the teacher were written by several boys who walked down the road to the observation tower, which is located where the Irish Brigade charged the Confederate line. The boys described hearing strange noises that became shouts, coming from the field near the tower. Some of them said that it sounded like a chant and others described the voices as though someone were singing a Christmas song in a foreign language -- a song like "Deck the Halls".

Most specifically, they described the words as sounding like the part of the song that goes "Fa-la-la-la-la". The singing came strongly and then faded away. But what if the singing had not been a Christmas song at all -- but the sounds of the Irish Brigade "clearing the way- with the fateful cry of Faugh-a-Balaugh?

Those who have spent time at the area known as Burnside Bridge on the battlefield, especially those park rangers and Civil War re-enactors who have been at the location after dark, say that there are strange things going on there as well. Historians and experts report that the fighting which took place here in 1862 left a number of fallen soldiers behind and many of them were hastily buried in unknown locations near the bridge. Could these restless souls be haunting the area? Visitors to the bridge at night have reported visions of blue balls of light moving about in the darkness and the sound of a phantom drum that beats out a cadence and then fades away.

Near the center of Sharpsburg is another site connected to the battle, the St. Paul Episcopal Church. It was used as a Confederate field hospital following the battle, although it was heavily damaged during the fighting and was later rebuilt. Those who have lived close to the building claim they have heard the screams of the dying and injured coming from inside of the structure. They have also seen unexplained lights flickering from the church's tower.