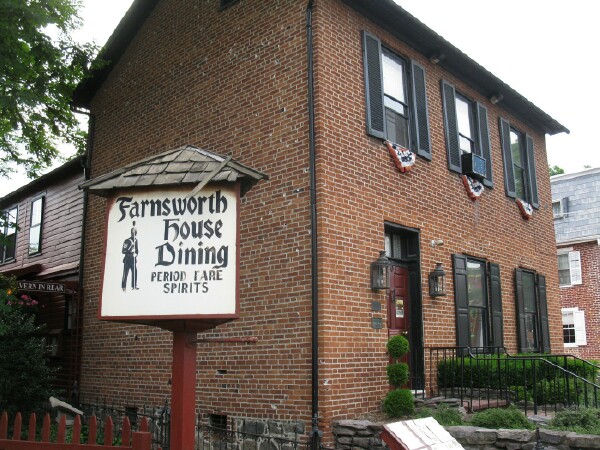 A period home that was present during the Gettysburg battle of the Civil War and is now a Bed and Breakfast.

The land the inn was built on was previously owned by Reverend Alexander Dobbins, who subdivided a larger estate for the purpose of selling it. John F. McFarlane purchased the land and is stated to be the first recorded owner of the home. Portions of the house are said to be dated to the early 1800s and is claimed to have been built in 1810, but the exact date is unclear. McFarlane owned the home until his death in 1851, at which point it became the property of the Bank of Gettysburg. The house passed through the hands of several owners and one of the owners, the Black family, called it the "Sleepy Hollow Inn" with the hook that there were "135" bullet holes in the side of the home. The house was purchased by Loring and Jean Shultz in 1972 and after claiming to have experienced paranormal activity, the family utilized this in the promotion for the inn and conducts tours of the premise.

The Farnsworth House Inn was also one of the stops of the Gettysburg Address campaign and was, during the Battle of Gettysburg, utilized as a makeshift hospital and resting place for some members of the Confederate army.

The Shultz family claims that the inn has been haunted by as many as 16 spirits at one point in time and that each spirit has its own distinct personality and name. The identity of the ghosts range from an 8 year old boy named Jeremy to a former mid-wife nurse and several soldiers. Paranormal elements that have been reported are things such as the sound of heavy breathing, the smell of cheroot, and the sensation of the mid-wife "tucking" people into bed. The inn has several rooms that are supposed to be "hot spots" for specific spiritual activity for particular ghosts such as the "Sara Black Room", which is supposed to be one of the most active rooms and will have spirits that can be photographed from the street.


One Halloween, a local radio station made a broadcast from The Farnsworth Inn, via remote. Because all the phone lines were down at the Inn, the crew dressed in blue had to run cables from the house to other locations. They called their boss at the radio station, Captain. This all caused the Confederate soldiers entities great panic and concern, and they tried to make their worries known to the psychic brought along as she walked throughout the house, seeing what she could discover. The entities thought that their position was about to be discovered. The psychic told one individual entity that he could move on now and didn't have to be a soldier any more. It didn't work.