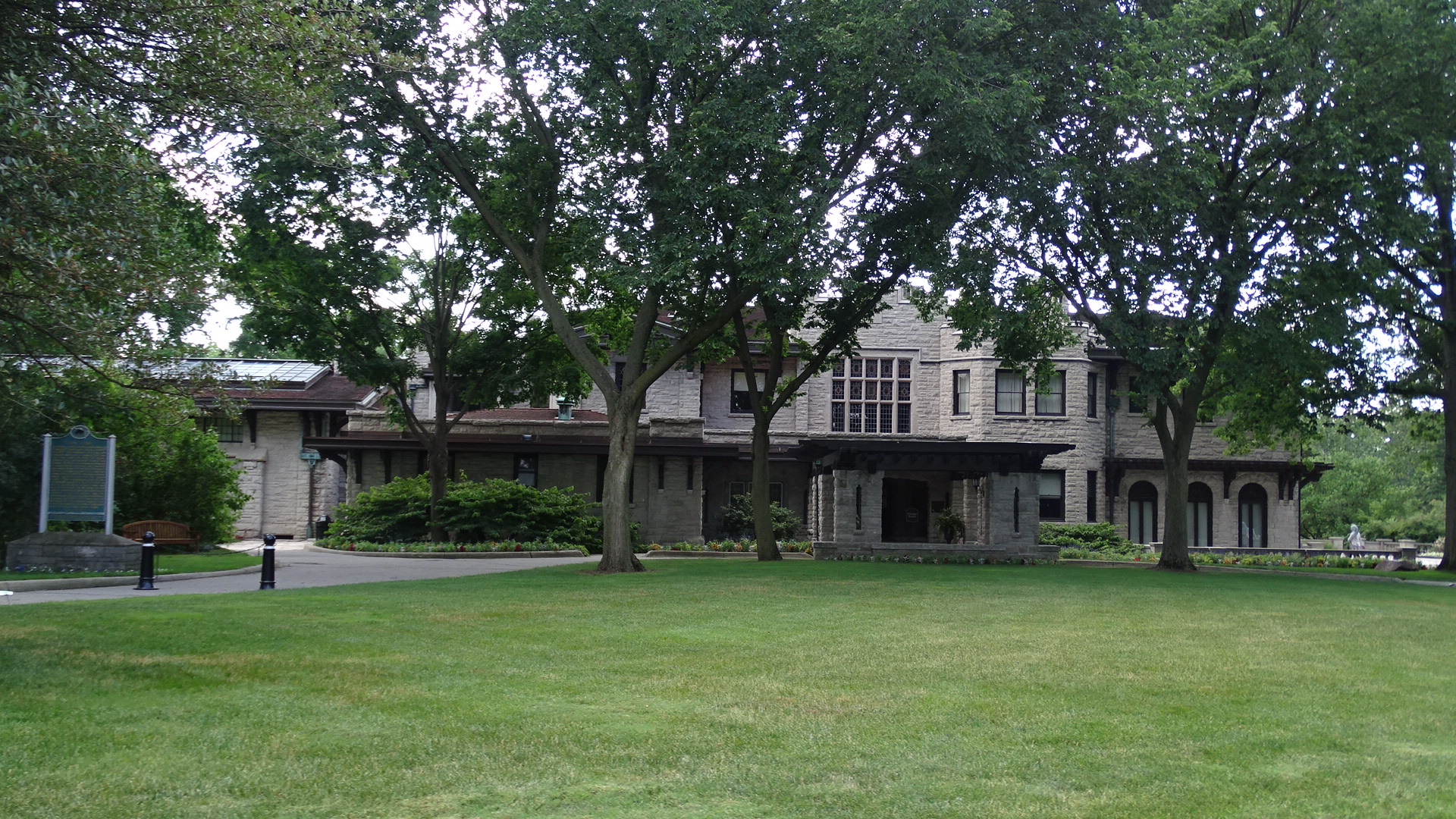 Fair Lane was the estate of Ford Motor Company founder Henry Ford and his wife, Clara Ford, in Dearborn, Michigan, in the United States. It was named after an area in Cork in Ireland where Ford's adoptive grandfather, Patrick Ahern, was born.

The 1,300-acre estate along the River Rouge included a large limestone house, an electrical power plant on the dammed river, a greenhouse, a boathouse, riding stables, a children's playhouse, a treehouse, and extensive landmark gardens designed by Chicago landscape architect Jens Jensen.

Frank Lloyd Wright participated in the initial design. However, after Wright fled to Europe with his mistress Mamah Borthwick, one of his assistant architects, Marion Mahony Griffin, one of the first female architects in America, revised and completed the design according to her own interpretation of the Prairie Style. Henry Ford and his wife took a trip to Europe and, on their return, dismissed Griffin and used William H. Van Tine to add English Manor house details. In 1913, architect Joseph Nathaniel French was brought in to work on the final stages of the residence, completed in 1915.

The 31,000-square-foot house, with 56 rooms, was considered befitting, but less grand than other great houses and mansions of the era in America. It included an indoor pool and bowling alley. The pool is now covered over and serves as an event and meeting space. It had formerly housed a restaurant.

The Fair Lane estate, which was where Henry Ford died, is allegedly haunted by a ghostly butler who has appeared inside of the vehicles on the grounds, which is totally terrifying. The estate has been investigated by a Michigan paranormal team that said they recorded evidence of various strange sights like floating orbs and mist. Though the home is closed to the public for a massive restoration effort, the grounds are open to the public, so visitors can try and see for themselves. Oh, and there have been reports of doors and windows opening and closing on their own. PASS!