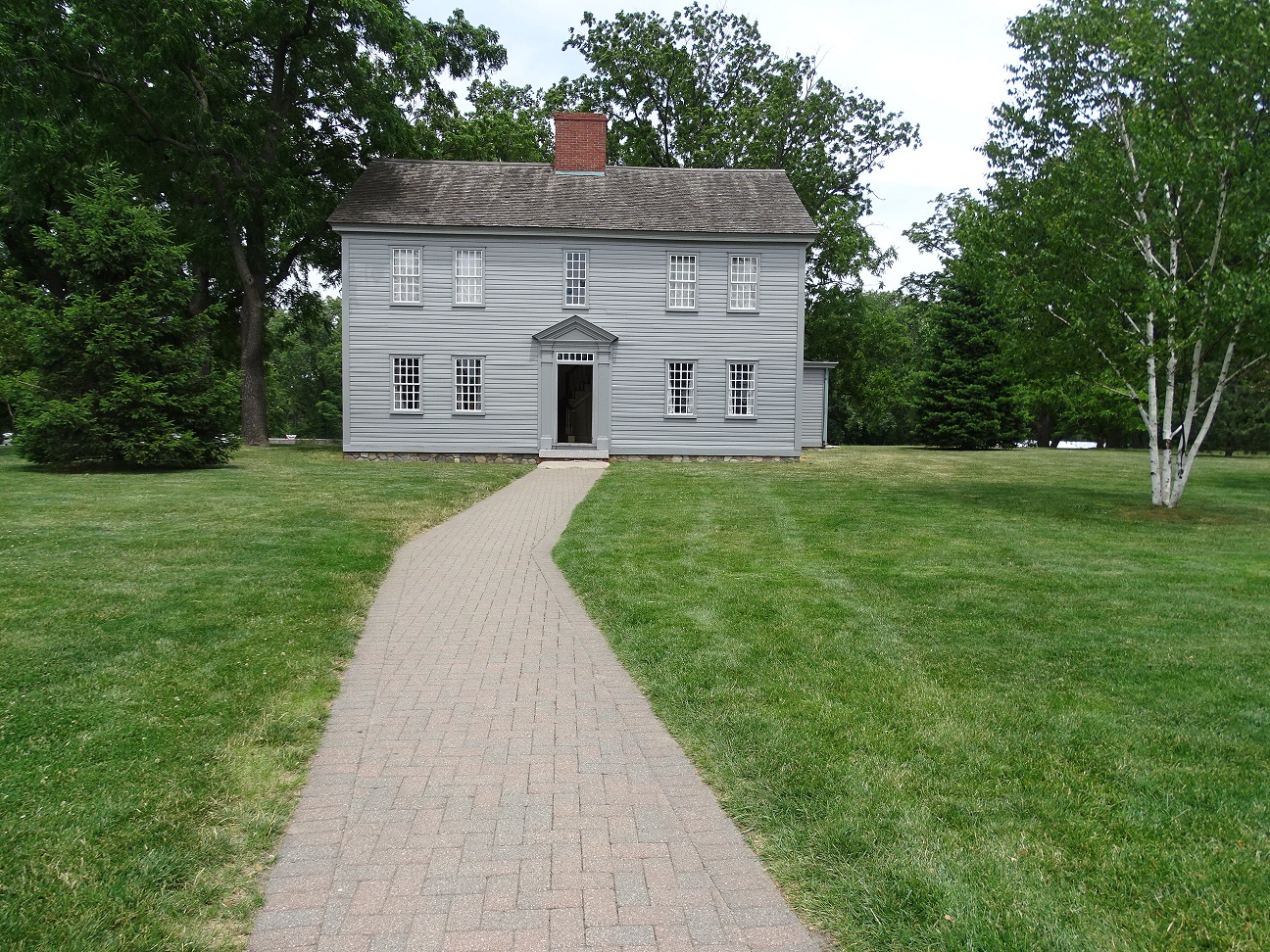 John Giddings was a merchant who earned a good living in the West Indies trade. Giddings lived here with his wife and five children. He built this grand house in 1751 in Exeter, New Hampshire. Its plan was typical of upscale New England houses of its time, with a multi-purpose hall and parlor on the first floor and two bedrooms above.

In 1929 Henry Ford's architect, Ed Cutler, found this beautiful example of a New England colonial home, though there had been numerous additions added years after its original construction. The house, brought to the Village in carefully numbered pieces in 1929, lay in a pile in the Village during the dedication ceremony, but was up by the summer of 1930. By studying its layout, Cutler restored it to what he believed to be its earliest condition, which included a secret staircase leading to the attic (this was also included in its Greenfield Village restoration).

A house with this much history must certainly have some paranormal activity. From what I've heard, it does...

"I was a presenter for five years then transferred to security and worked nights. The village takes on a whole new dimension at night. Doing driving patrols I stopped at Giddings to use the bathroom, which is located in the back. I walked inside and heard people talking but couldn't make out the conversation; I thought it was the voice recorder that tells the history of the home. It wasn't.

I looked around and saw no one but felt a chill, and then I heard someone talking again. As I was leaving I then heard a voice clearly say, "He's leaving now," and the full conversation started up once again. It was weird and spooky. No doubt the place is haunted."