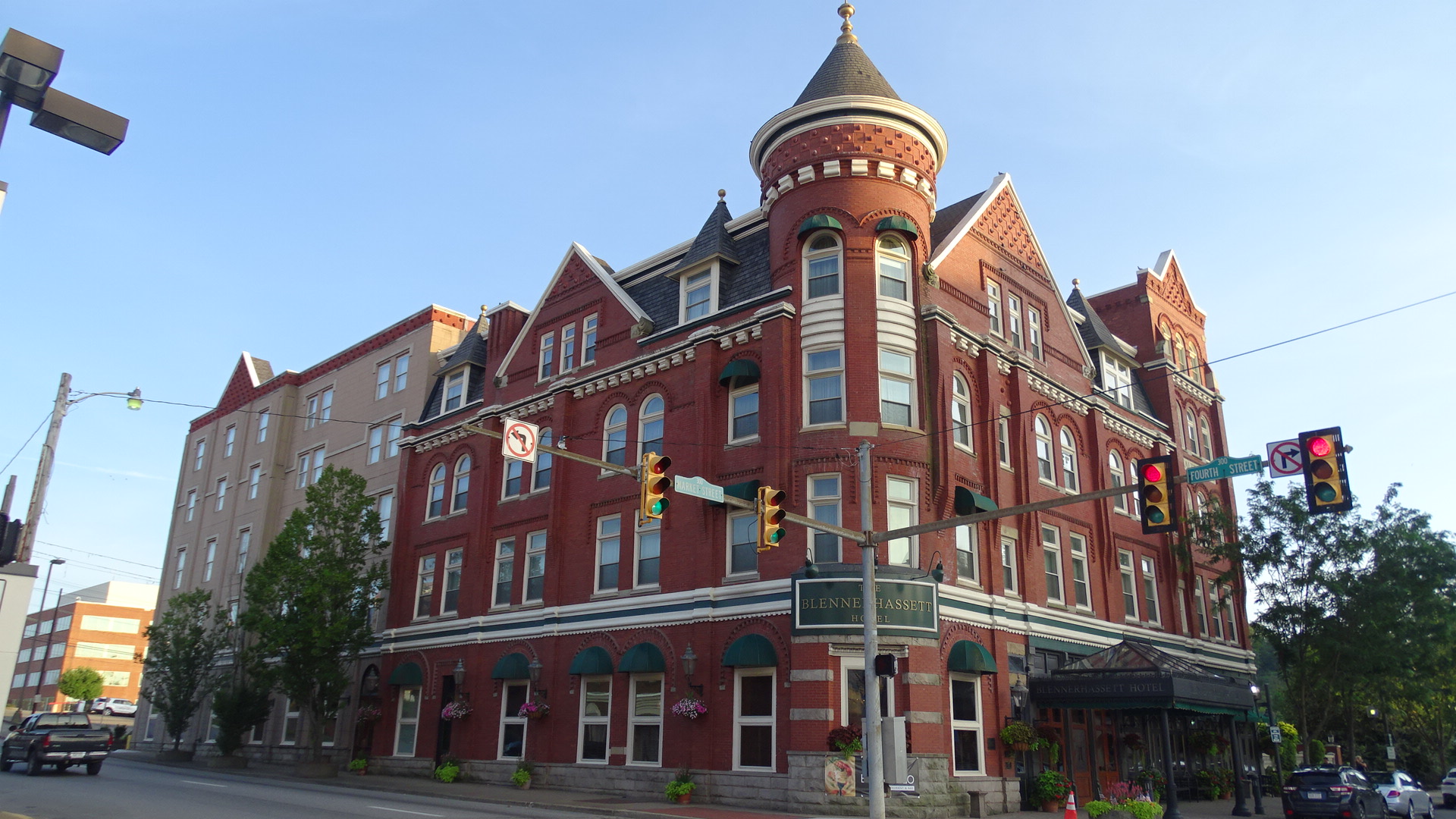 Blennerhassett Hotel is a historic hotel located at Parkersburg, Wood County, West Virginia. It opened in 1889 and is in the Queen Anne style.

Blennerhassett Hotel is a historic hotel located at Parkersburg, Wood County, West Virginia. It opened in 1889 and is in the Queen Anne style. The hotel was listed on the National Register of Historic Places in 1982. A full restoration took place in 1986. The Blennerhassett Hotel is also a member of Historic Hotels of America, the official program of the National Trust for Historic Preservation. (The hotel website states that the property is "registered as a national historic landmark". This is undoubtedly a mistake for it being placed on the National Register of Historic Places. Only about three percent of Register listings are NHLs.)

In the late 1800s, money from the oil and natural gas industries flooded into Parkersburg, West Virginia, and the town quickly became a vivacious city that welcomed businessmen and visitors from all over the country. Designed and built by William Chancellor, a prominent Parkersburg businessman, Blennerhassett opened in 1889 and quickly became a grand showplace for what would later be known as the Gaslight Era. The original hotel had approximately 50 guest rooms around a central staircase. Restrooms were common places on each of the four guest floors and the kitchen was located on the fifth floor. What is now the hotel's game room originally housed the First National Bank of Parkersburg and had the luxury of electricity.

The property was named after Harman and Margaret Blennerhassett, who settled on an island in the Ohio River in 1798 and built a Palladian mansion on their European-style estate (the island now called Blennerhassett Island). Their property was the envy of all locals, but they didn't rise to national fame until they allowed former Vice President Aaron Burr to use the island as the base of operations for his controversial military exhibition. Labeled as a conspiracy by some, the Blennerhassetts fled down the Ohio River to escape when militia invaded the island.

The legs of a young man is said to run around the hotel and also there are tales of a young woman playing the piano and the strong smell of cigar smoke in a certain room.


A wide variety of ghosts and haunted activity is claimed about this hotel with the hard to pronounce name. Allegedly there is a man in grey who haunts the second floor and this floor is also where the elevator makes frequent, unplanned and unasked for stops. Is the Grey Man calling the elevator? Also reported are a crying woman ghost, allegedly the ghost of a woman killed by a runaway driver in the front entrance of the hotel and a young boy has been spotted as well.