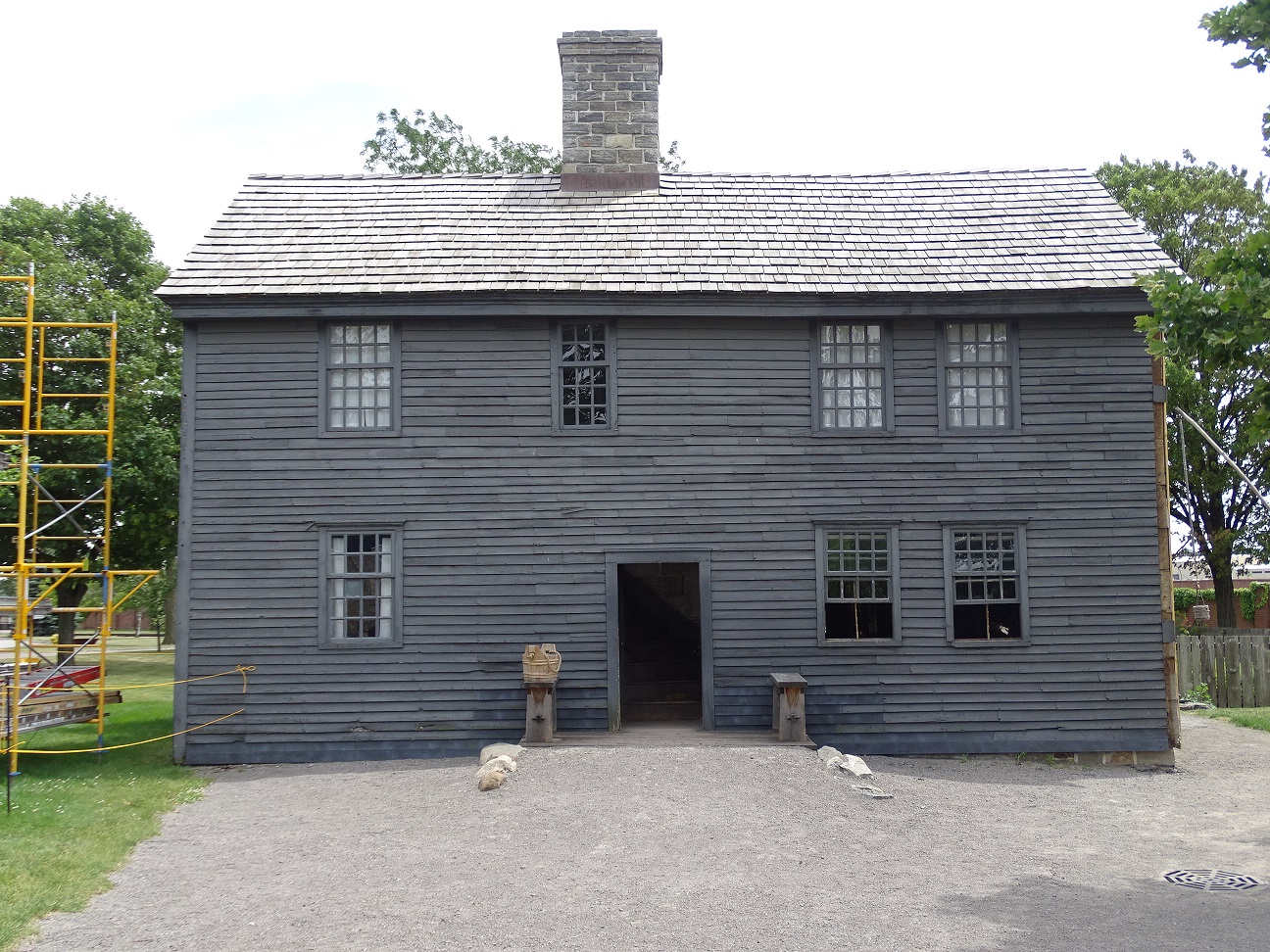 In the 18th century, Andover, Connecticut was known as Coventry, and it was in this village of Coventry that Samuel Daggett (1723-1798) built the saltbox structure sometime between 1746, when 40 acres of land was deeded to him by his father, and 1758, the year he married his wife, Anna Bushnell. Daggett was a housewright by trade and built this particular home on Shoddy Hill Road.

Samuel Daggett also worked the family farm and grew many different crops and raised several types of animals on his farm, for his family's use or to sell or trade for other things the family needed. One would think that would be enough to keep the man plenty busy, but, in order to provide for his family, Daggett also had additional sources of income, including making furniture; he made chairs, spinning wheels and even coffins. Surprisingly, we find that he pulled aching teeth for his neighbors, a skill he learned from his father.

Like other farm families living in northeastern Connecticut in the 1760s, the Daggetts made and grew many of the things they needed. Along with farming, Samuel Daggett was a house builder and furniture maker. The "saltbox" form of this house -- with short roof in front and long in back -- was a typical New England house type of this era.

"One of the ladies had to go upstairs to the second floor to get something. As she was coming down she tripped on her long pettticoat. She began falling down the steep stairs but suddenly felt someone catch her and pull her back up. She was convinced it was Samuel Daggett."

"My stories of Daggett are a bit more mundane as far as haunting. I've never had the pleasure of seeing "Samuel Daggett" - perhaps he has left, I don't know. I know that I have been in the house, all closed up from the wind, and the ropes inside have swung or a feeling is there that you are being watched, like a teacher watches their students."

This same presenter regaled me with another unusual Daggett tale, this time involving a young girl. She was riding on the train with her mother and father when, as they passed the Daggett house, she began to cry and said she wanted to go to that house. Well, the next stop for the train was clear on the other side of the Village, and the young girl, as the family exited the train, continued crying, pulling her parents on foot back to the Daggett home. When she finally reached the old saltbox house, the little girl, still crying, walked inside and exclaimed that she was Anna and she used to live in this house.

The presenter told me she heard the girl's exclamation personally.

Now, there is a related story I found in the Benson Ford Research Library about a young girl who, while visiting Greenfield Village with her mother and father, suddenly took off running, her surprised parents struggling to keep up. She crossed the entire Village, knowing exactly where she wanted to go. As she came upon the Daggett house, she darted in and went directly to the "artifact room" (I'm assuming the formal parlor) and, after surveying the collection, exclaimed, "Oh, good! They have the furniture arranged just as it should be!"

Her parents and the building docents stood dumbfounded, for the collection of furniture was willed to The Henry Ford upon the death of an elderly woman. Her only stipulation? That the furniture be housed specifically as she wished.

Could this be Mrs. Dana Wells, the woman who contributed the Daggett House and furnishings to Greenfield Village?

And yet here's still another Daggett story from a former presenter which tells of feeling, but not seeing, the tug of a child. This presenter was speaking with visitors at the keeping room door (to the right of the kitchen) when she felt what she thought was a child grabbing and pulling on her skirts, but as she looked around, there no child was to be found, nor had anyone around seen anything or even reacted to how she searched for her little "tugger."