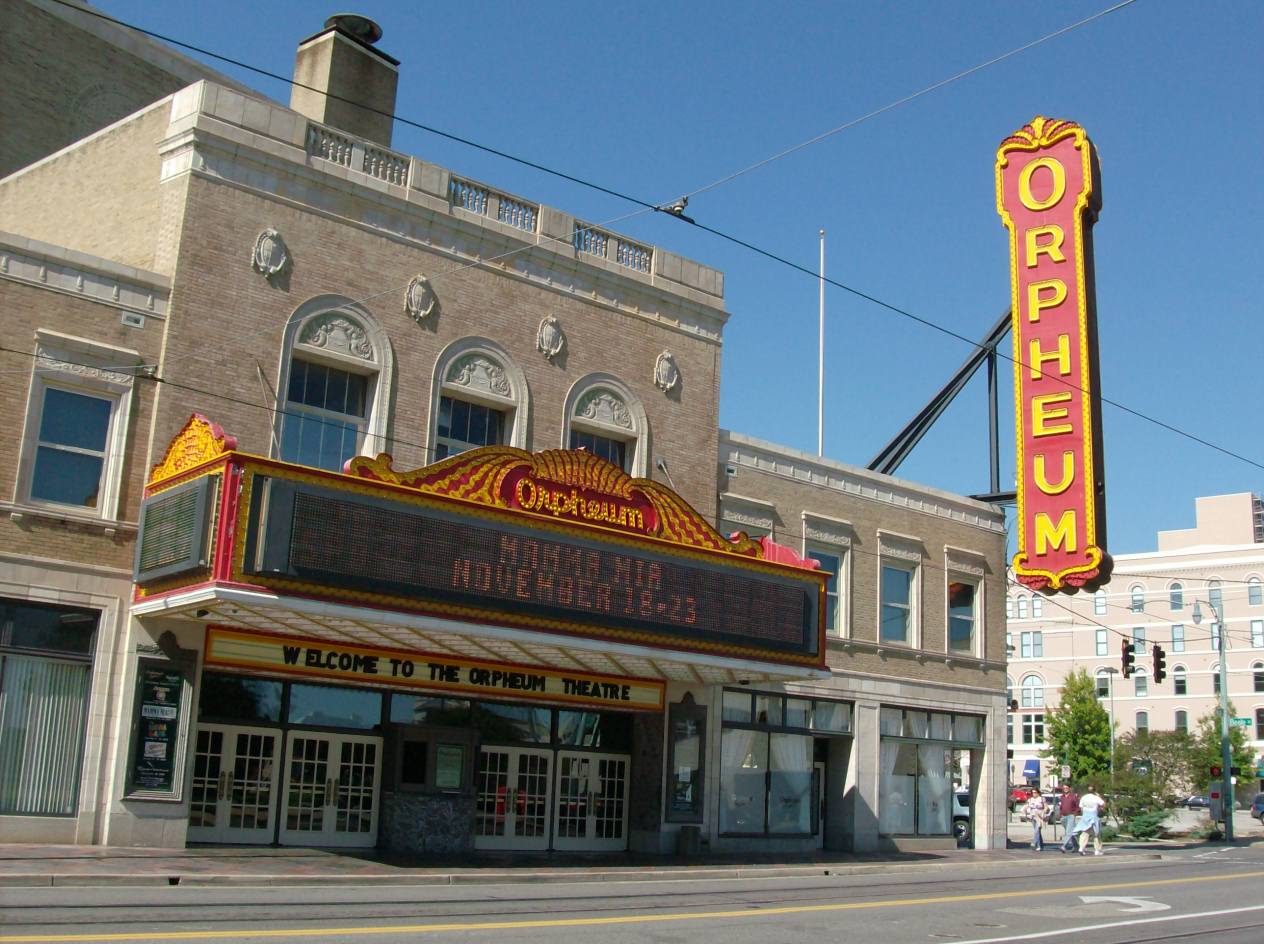 The original Orpheum Theatre was built in 1890 and was called The Grand Opera House. At the time, it was known as "the classiest theatre outside of New York City."

The Orpheum Theatre is one of Memphis' most beloved and historic landmarks. With a rich history and shows to entertain people of all ages, the Orpheum is a popular destination for locals and tourists, alike.

The Fire and Rebirth:

In 1923, The Grand Opera House burned to the ground during a strip-tease show. Five years later, a new theatre was built at the original location but was double the size of The Grand. This theatre was officially named The Orpheum. Vaudeville continued to be the theatre's most popular form of entertainment until 1940.

In 1940, Malco, the city's largest movie theater chain, purchased the Orpheum. The Malco showed first-run movies for the next 36 years.

The Memphis Development Foundation bought the theatre in 1976 and in 1982, began a five million dollar renovation. In 1984, the Orpheum Theatre held its grand reopening, having been restored to its original elegance.

The Orpheum Theatre hosts two seasons of Broadway shows annually, bringing favorites such as Cats, Mamma Mia, and Joseph and the Amazing Technicolor Dreamcoat to Memphis.

During the summer months, the Orpheum shows classic movies each week on its big screen, during its Classic Movie Series.

In addition to Broadway shows and movies, the Orpheum hosts many other plays, operas, concerts, and comedy acts.

The Orpheum Theatre is said to be haunted by a pretty little girl with pigtails who was actually killed outside the theatre in 1921 when she was struck by a trolley. Ever since her death she has apparently haunted the theatre and is most often spotted during performances. She is especially active whenever there are performances that at geared towards children - for obvious reasons! She has become such a fixture at the theatre that seat number C5 is never sold! The theatre has reserved it permanently for Mary. Aside from watching the performances, Mary has also been known to slam doors and flick the lights on and off!


News report about the haunting at this location