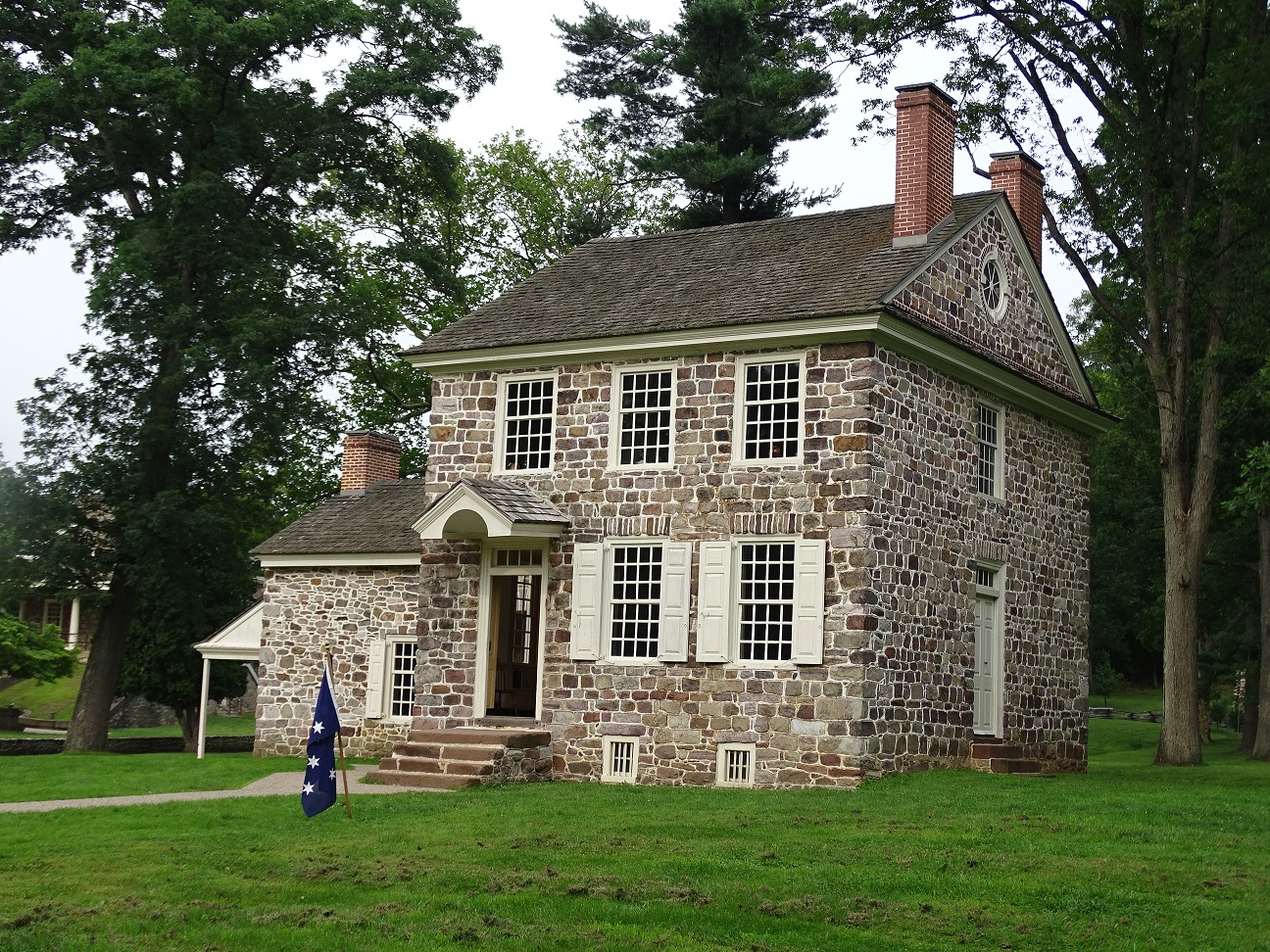 Valley Forge National Historical Park is the site of the third winter encampment of the Continental Army during the American Revolutionary War, taking place from December 19, 1777 to June 19, 1778.

The park encompasses 3,500 acres (1,400 ha) and is visited by over 1.2 million people each year. Visitors can see restored historic structures, reconstructed structures such as the iconic log huts, and monuments erected by the states from which the Continental soldiers came. Visitor facilities include a visitor center and museum featuring original artifacts, providing a concise introduction to the American Revolution and the Valley Forge encampment. Ranger programs, tours (walking and trolley), and activities are available seasonally. The park also provides 26 miles (42 km) of hiking and biking trails, which are connected to a robust regional trails system. Wildlife watching, fishing, and boating on the nearby Schuylkill River also are popular.

From December 19, 1777 to June 19, 1778, the main body of the Continental Army (approximately 12,000 troops) was encamped at Valley Forge. The site was chosen because it was between the seat of the Second Continental Congress in York, supply depots in Reading, and British forces in Philadelphia 18 miles (29 km) away, which fell after the Battle of Brandywine. This was a time of great suffering for the army, but it was also a time of retraining and rejuvenation. The shared hardship of the officers and soldiers of the army, combined with Baron Friedrich von Steuben's professional military training program, are considered key to the subsequent success of the Continental Army and marks a turning point in the Revolutionary War.

Although no physical battle was fought here, the battle against low morale, the elements, and hunger was a fierce one and many believe that those who lost that fight still remain. Visitors to the park claim to have seen men in army dress and some have reported what appears to be a man hanging from a tree.


The Victorian interest in graves naturally led to the creation of Valley Forge ghost stories. In 1895, there were reports of ghostly campfires and the spirits of Revolutionary soldiers were said to be visible on the hillsides on stormy nights.